You are here: Home » Medical Malpractice 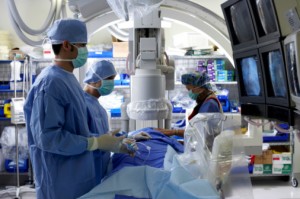 When you’re sick or injured, you place your trust in your doctor’s knowledge and skills. You also rely on the competence of medical support personnel in your clinic or hospital.  Too often, though, that trust and reliance is violated when patients suffer preventable medical errors – meaning medical malpractice.

Preventable medical errors, even when innocently made, can spell the difference between regaining one’s health or suffering continued, and possibly worse, illness and disability. In some cases, medical malpractice can result in death where a patient could have been cured with proper treatment.

If you think you or a loved one has been a victim of medical malpractice, it’s crucial to consult with a qualified and experienced medical malpractice personal injury lawyer. That means an attorney with the experience, knowledge and resources to investigate your claim and hold accountable the parties responsible for your lack of proper care.

Medical malpractice rates are alarming and vastly underestimated by the American public. A February 2011 report by the American Association for Justice, entitled Medical Negligence: The Role of America’s Civil Justice System In Protecting Patients’ Rights, states that preventable medical errors would qualify as the sixth leading cause of death in the country if they were included as a category in the statistics maintained by the federal Centers for Disease Control and Prevention.

According to the same report, the Congressional Budget Office concluded that in 2003 there were 181,000 severe injuries due to medical negligence. The Institute for Healthcare Improvement estimated there are 15 million incidents of medical harm annually. Further, the nation’s leading healthcare rating organization concluded that where Medicare patients suffered a patient-safety incident, they had a one-in-five chance of dying as a result. Yet few injured patients ever file a lawsuit for medical negligence.

Common forms of medical malpractice include:

In most cases, proving any of these types of negligence by a physician, hospital, or other healthcare provider isn’t easy. It requires a qualified and experienced personal injury attorney who has the resources to carry out a thorough evaluation of the medical record and muster evidence showing that a medical error happened, with damaging results to the patient.

As a highly successful personal injury attorney with a proven record of success, Kevin Krist has the skills necessary to get maximum compensation on Houston-area medical malpractice claims.

Kevin Krist is proud to have recovered millions of dollars in compensation for serious personal injury victims and families in Texas. Contact him now to discuss how he can help if you or a loved one has suffered medical malpractice.

Whether you’re in Houston, Harris County, Pasadena, Katy, Baytown, Sugar Land, Conroe, League City, or elsewhere in southeast Texas, Kevin Krist can schedule a free consultation about your case. Simply call the Law Office of Kevin Krist at 713-284-1660, or use the firm’s online form. Let Kevin Krist explain how he can put his personal, proven experience to work for you and your family.

Let our firm answer your questions