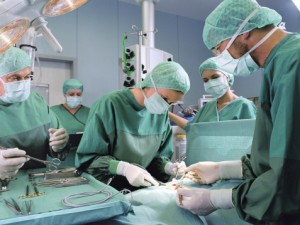 Every year, thousands of people are killed or seriously injured as a result of preventable surgical errors. While surgery always comes with some inherent risk, it should not come with a mistake.

Experts estimate that over 100,000 people are injured or killed each year in the United States as the result of a medical error. While a medical error can occur under a wide variety of circumstances, surgical errors are among the most common.

Examples of surgical errors include:

Consequences of a Surgical Error

A surgical error can result in a number of extremely negative consequences for the victim and his or her family.

Among the more common consequences of a surgical error are:

What Compensation Is Available for Injuries Caused by a Surgical Error?

In Texas, there are damage caps that may limit the amount of compensation that can be awarded. The relevant damage cap will depend on factors such as the type of injuries and the number and type of defendants.

If you believe that a surgical error caused you to suffer injuries or caused the loss of a loved one, you may be entitled to compensation for those injuries or your loss.

Although the law provides a mechanism to compensate victims of surgical errors, the law also limits the amount of time within which a victim must file a lawsuit for compensation. In order to preserve your right to compensation, talk to an experienced Texas surgical error attorney as soon as you suspect that an error was committed.

Contact The Law Office of Kevin Krist today for your free, confidential claim evaluation by calling 281-677-3962 or by using our online contact form. We represent surgical error victims on a contingency fee basis, which means you pay no fees unless we recover compensation for you.