You are here: Home » Injuries » Bicycle Accidents in Texas 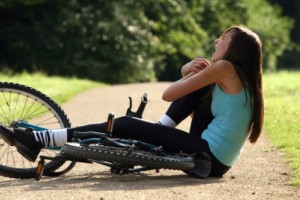 Cycling has enjoyed a resurgence of popularity in recent years as a result of an increased concern for both the environment and living a healthier lifestyle. Unfortunately, more bicycles on the road in Texas also increase the chance of being involved in a bicycle traffic accident.

Across the United States, 677 pedal cyclists (someone on a vehicle powered solely by pedals) were killed in 2011, and another 48,000 were injured in crashes with motor vehicles, representing 2 percent of deaths and 2 percent of injuries caused by traffic collisions that year according to the National Highway Traffic Safety Administration (NHTSA). In that same year, 43 bicyclists were fatally injured in traffic collisions in Texas, making up 1.4 percent of all traffic fatalities.

Texans are concerned about the dangers of cycling, according to a 2008 survey conducted by the Center for Transportation Research at The University of Texas at Austin. In that survey, 1,605 bicyclists over age 18 from over 100 Texas cities were asked a variety of questions about their bicycling habits and concerns. Almost half of the respondents used a bicycle to commute on a regular basis. Almost 70 percent of the respondents felt that bicycling is “very dangerous” or “somewhat dangerous” with regard to the possibility of being involved in a traffic accident.

Any bicyclist could be the victim of a traffic accident, though there are some factors that increase the risk. Those factors include:

Texas laws give bicycle riders all of the same rights and responsibilities as people who drive motor vehicles. Sadly, some motorists fail to share the road and give bicyclists the respect and attention they deserve.

Many times after bicycle accidents occur, the motorists involved will say that they simply did not see the cyclist. According to NHTSA, most fatal collisions between motor vehicles and bicycles can be attributed the following causes:

Bicycle riders are very much at risk for catastrophic injuries. Other than a helmet, cyclists have little to protect them from the impact with other vehicles, fixed objects and the pavement itself.

Head injuries are the most common cause of death for bicyclists. Helmets have been shown to reduce the risk of traumatic brain injury by as much as 88 percent, according to NHTSA. However, helmets do not provide complete protection, particularly when high speeds are involved.

Other serious injuries frequently seen in bicycle accidents include:

If you or a loved one has suffered serious injuries in a bicycle accident in Houston or elsewhere in Southeast Texas, contact the Law Office of Kevin Krist today for a free consultation about your case.

Simply call 281-677-3962, or use the firm’s online form. Let Kevin Krist explain how he can put his personal, proven experience to work for you, so you can get the compensation you deserve as a Texas accident victim. Kevin Krist represents personal injury victims on a contingency fee basis, which means you pay no fees unless he recovers compensation on your claim.